At the end of 2008, drummer Andy Edwards decided to take some time away from IQ in order to concentrate on his family and new position in the Music Facility at Kidderminster College.

The good news is that Andy got married in the summer, and he and his wife Dani have a baby girl, Grace Indira.

Andy's done well with his new position too; he's now acting Head of the Music Facility. As a result, coupled with health problems for his parents, Andy's time is, if anything, even more limited than he was expecting, and as a result, he has decided not to re-join IQ. We're sure you'll join band and crew in wishing Andy all the very best in whatever the future has to bring for him, and we'd like to express our thanks to him for his contribution to IQ, his talent and his friendship.

During Andy's absence we welcomed Paul Cook back to the fold on a temporary basis. Following Andy's decision, we are delighted to be able to confirm that Cookie's return to IQ is now permanent:

"I would firstly like to say how happy I am to be asked to play drums for IQ again on a permanent basis. The band is such a big part of my life. Even though I have been away for some time it never really leaves me. A big thank you to Andy Edwards for all his hard work over the years. It really has been interesting to hear another drummer’s take on the IQ sound, and I think Andy has done a great job on the latest album.

I wish him all the best for the future. 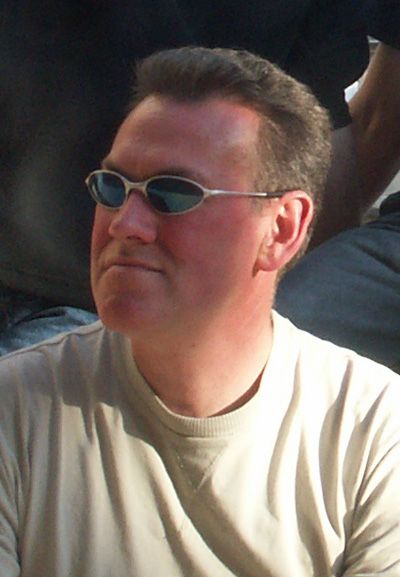 IQ to headline US festival

Now the work is done

One night in Berlin

Berlin and Bury shows to feature Frequency in it's entirety