On 21st May 1982, I played my very first gig. The band in question was called The Same Curtain and we supported The Chameleons at UMIST in Manchester. I sang lead vocals and for the final number, an instrumental, played drums! Very cool.

In the audience that night were a certain Mr Holmes and Mr Hayden. We’d known each other since 1976 and the formative days of The Giln, later to become The Lens, but had drifted away somewhat for a few years from 1979 to ‘82. In the latter stages of 1981, The Lens had called it a day and Mike and Martin had formed a new band called IQ, recruiting the dashing Mr Esau on bass, Mark Ridout on drums and ‘interpretive’ dancer Carmine Brudenell on … er … ‘interpretive’ dance. They had relocated to the bright lights of Kensal Green in north London, in search of the big time, and all they needed now, to complete the line-up, was a singer. Hence the trip up north to check on my first tentative steps on the road to international rock stardom (ahem).

The next day, 22nd May, Mike invited me to join IQ. To say it came as a surprise would be putting it mildly. What to do? I was still on a high from the gig the night before, we’d rehearsed exhaustively and were a really tight unit. But I knew, of course, that this offer from Mike was a once-in-a-lifetime opportunity. Not only that, there was an IQ gig looming in a few days, if I felt I could handle it…

At a hastily convened meeting with TSC, I announced I was leaving, after only one gig (sorry, everyone!), and within days, I was travelling to London to meet Martin, Tim and Mark (“These are the people you’re now in a band with!”). There was a rehearsal of sorts, as far as I can remember, and some time spent getting to know each other.

So it was that, 37 years ago today, only 11 days after my inaugural gig as a singer, I found myself playing my debut show with IQ, on 1st June 1982 at The Moonlight Club in West Hampstead, London. Someone commented afterwards about my moody and slightly intimidating stage presence, as depicted in the accompanying photos. This, I can reveal, far from being a deliberate move of mine to create an enigmatic stage persona, was in fact me caught in the headlights, wondering, “How on earth did this happen?”

There would be one more gig with Mark on drums, at The Wellington in Shepherds Bush the following month, after which he decided to up sticks (see what I did there?), and then my third gig with IQ was Cookie’s first, at the Park Hotel in Southampton, on 24th July 1982. Amazing times.

We were very sad indeed to hear that Mark Ridout passed away last year. We send our sincere condolences to his family and remember him fondly. 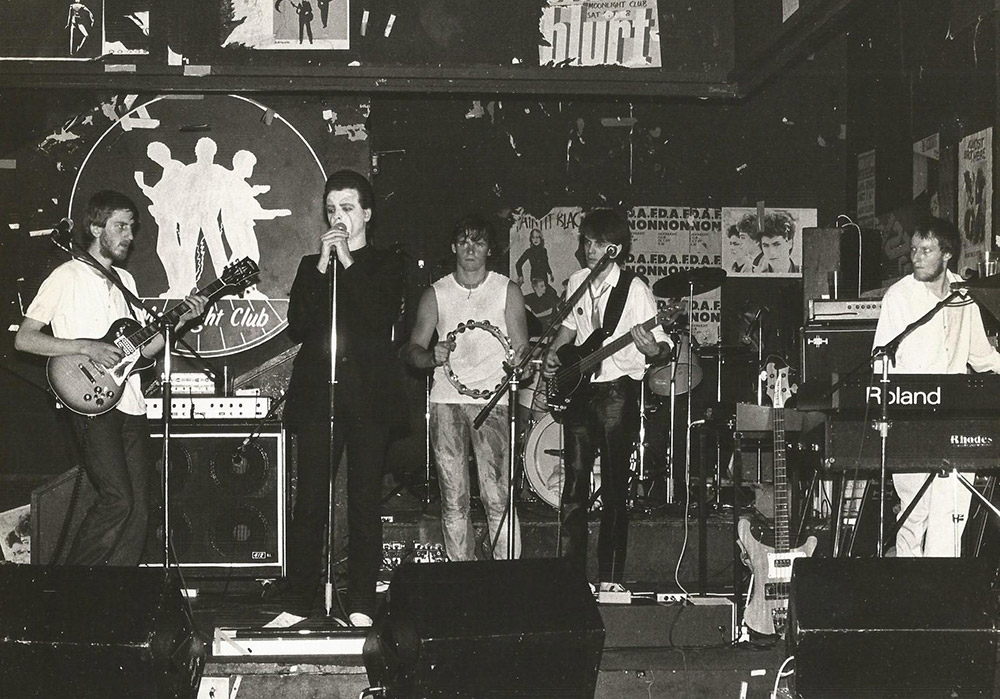 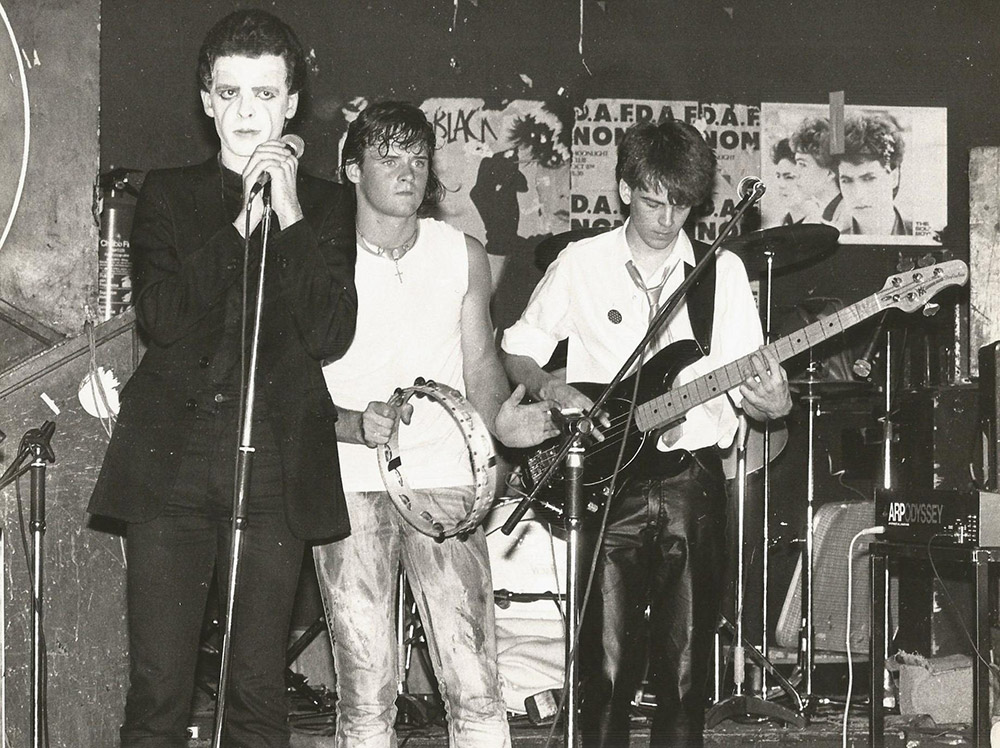