Yes? Well the Christmas show is now confirmed for Saturday 21st December 2013. We know it's very near Christmas but that was the only date available at the O2 Academy in Islington, London.

So dust down your tinsel, baubels, glittery hats and dancing shoes and..erm...enjoy the next 11 months....then dust them down again in preparation for the Christmas bash of all Christmas bashes.

The new IQ album should, of course, be in it's advanced stages by then and the current working titles of 'Godbucket', 'Titsticks' and 'El Bastardo' will be getting an airing.

Tickets will be on sale shortly via the O2 Academy website. 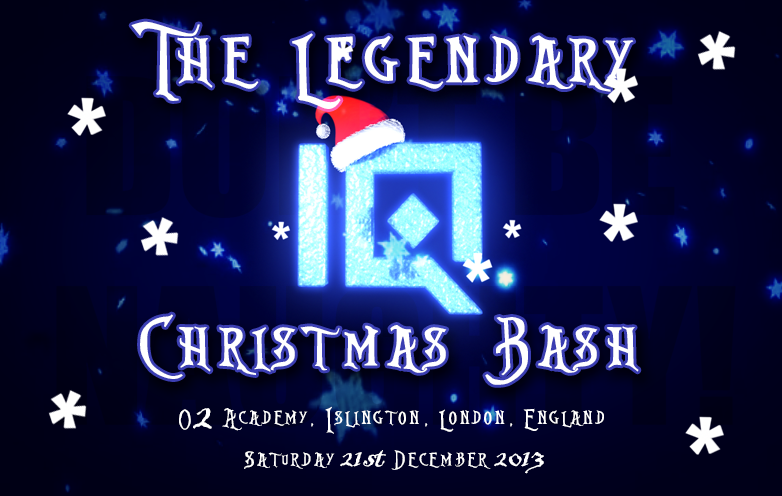